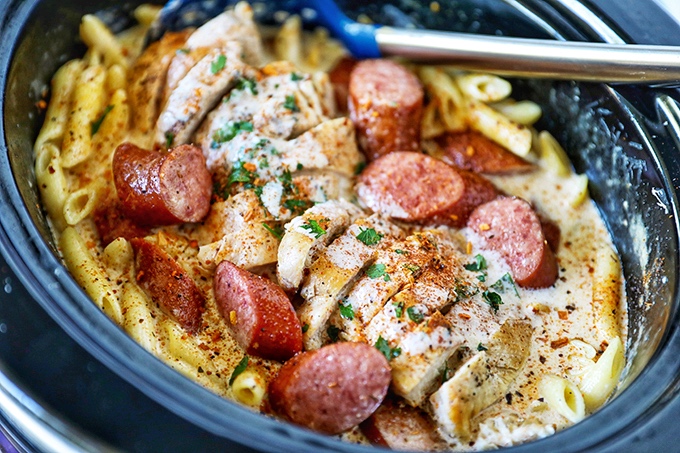 This recipe is a combination of two of my most popular recipes, One Pot Cajun Chicken Alfredo and CrockPot Chicken Alfredo. This slow cooker version is so delicious and sure to be a hit with your family. The smoked sausage and cajun seasoning flavor the chicken and alfredo sauce as it is cooking and gives the dish so many layers of flavor!

The best part is that even the pasta cooks right in the slow cooker. 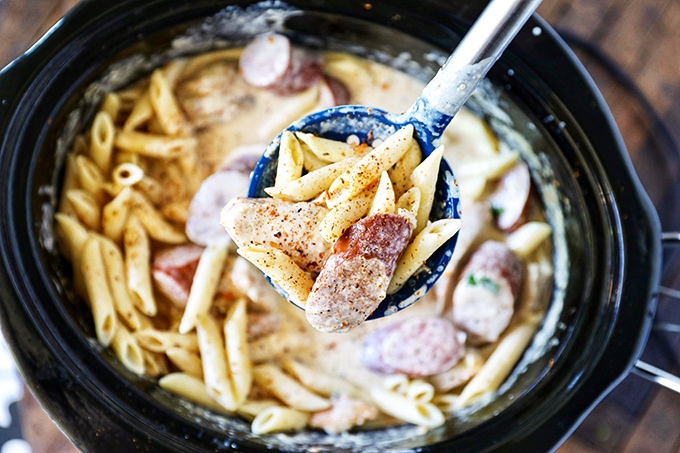 How to Make Cajun Chicken Alfredo in the Slow Cooker 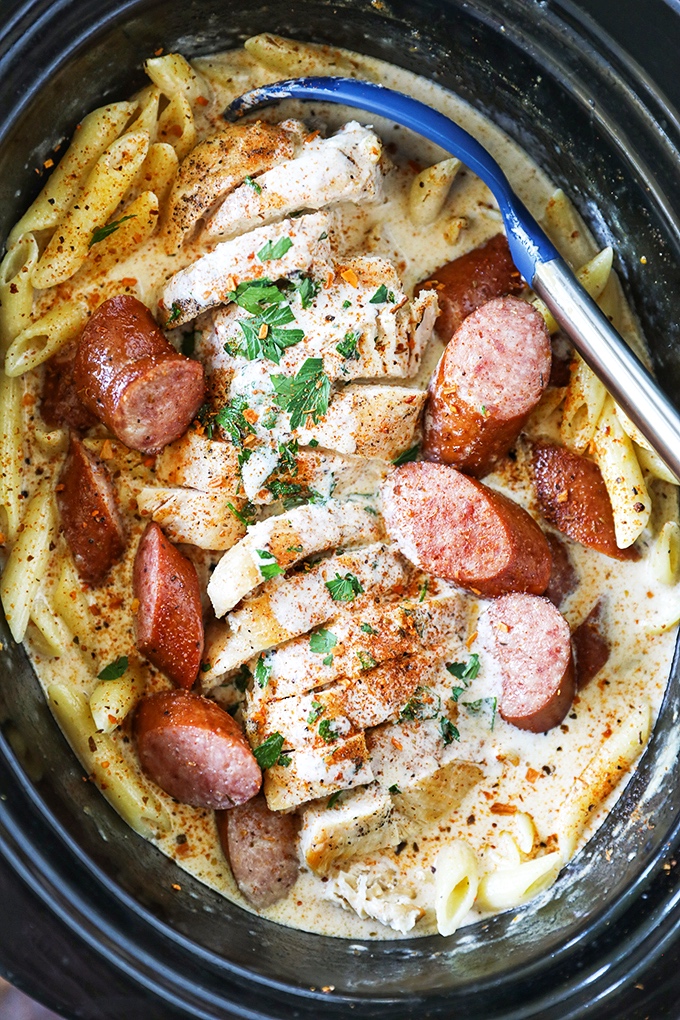 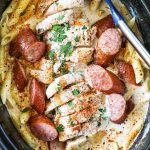 Cajun Chicken Alfredo is packed with flavor and so easy to make in the slow cooker!