I’m really excited to finally share this Slow Cooker Chicken Burrito Bowl recipe. This is the slow cooker version of my popular one-pan chicken burrito bowl. Tender chicken simmered in a flavorful mix of Mexican seasonings combined with tasty black beans and brown rice, and topped with melty cheese, fresh ripe tomatoes and buttery avocados. This dish can be served in a bowl or wrapped in a big soft tortilla for delicious homemade burritos.

I’ve ben working on this recipe for several weeks, so I’m thrilled to finally have it perfected and ready to share. I wanted it to be easy and not require any pre cooking. With this slow cooker chicken burrito bowl, you can throw the chicken, broth and seasonings in the slow cooker and go.

and found the suggestion for using instant rice. Instant rice is actually partially cooked, and adding it to the mix for the last 30-45 minutes created perfectly cooked brown rice in the slow cooker. 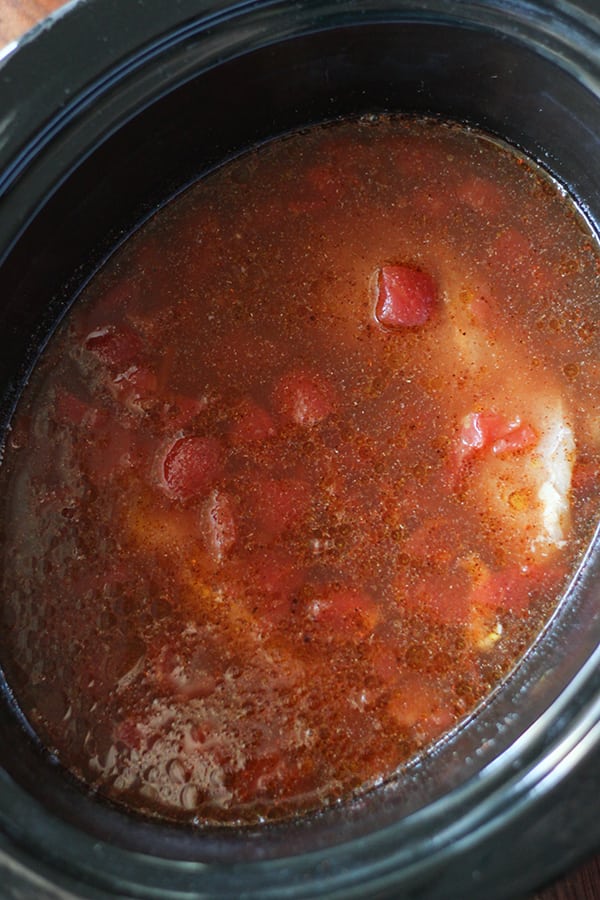 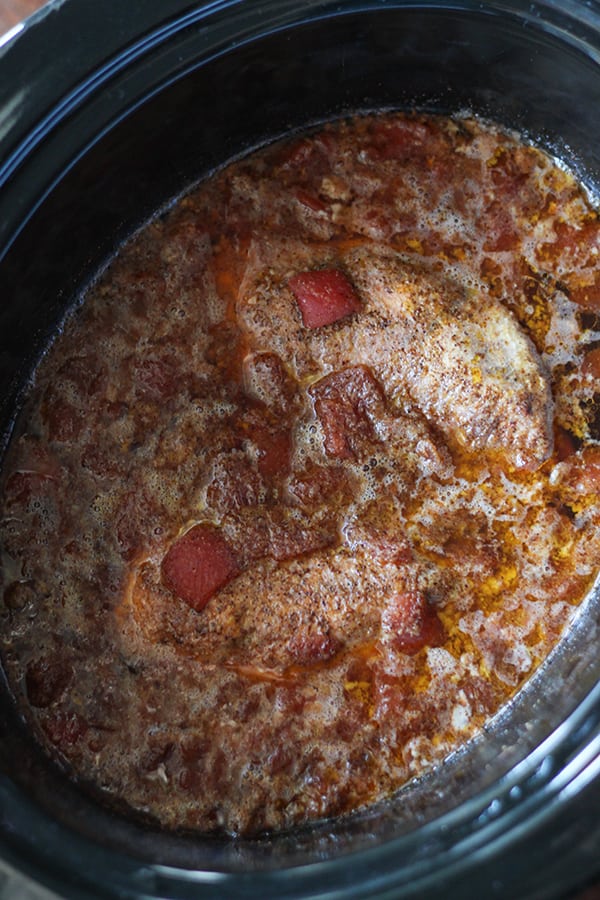 Here is the mixture after 4 hours. Doesn’t it look delicious? It smells even better! Remove chicken and set aside to let cool. 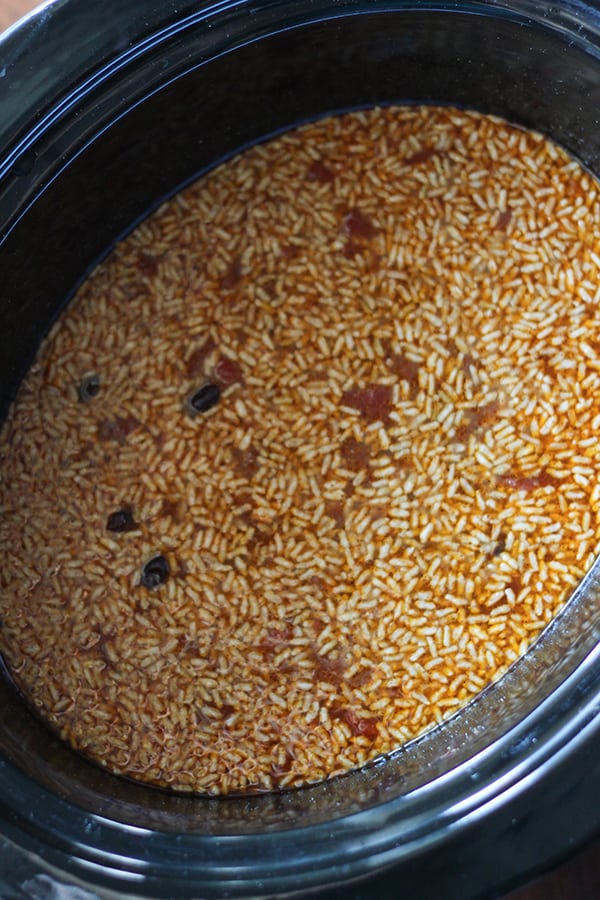 Stir in drained and rinsed black beans and instant brown rice. Cover and let cook on high for an additional 30-45 minutes. Once rice is tender, shred or chop chicken and return to slow cooker. Sprinkle shredded cheese on top, cover and let melt. 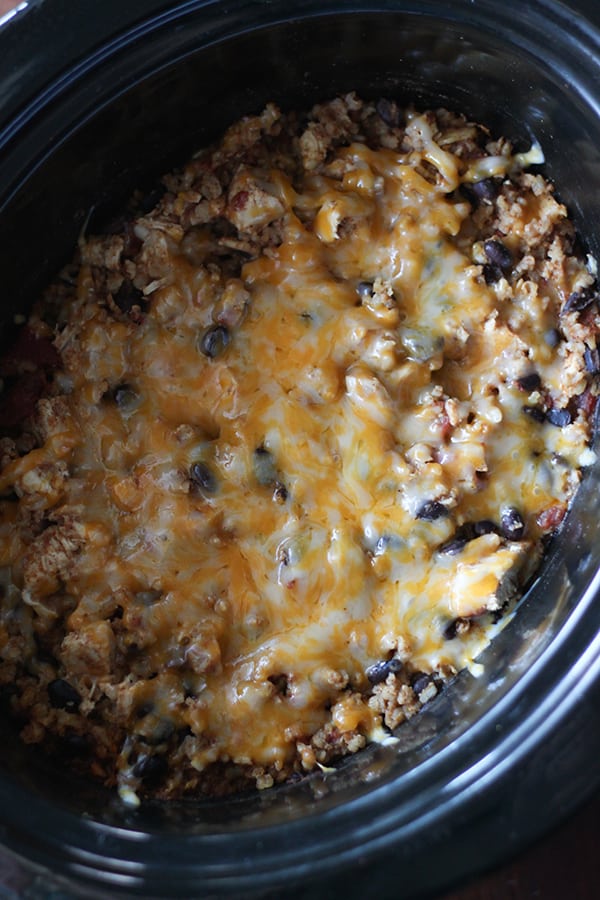 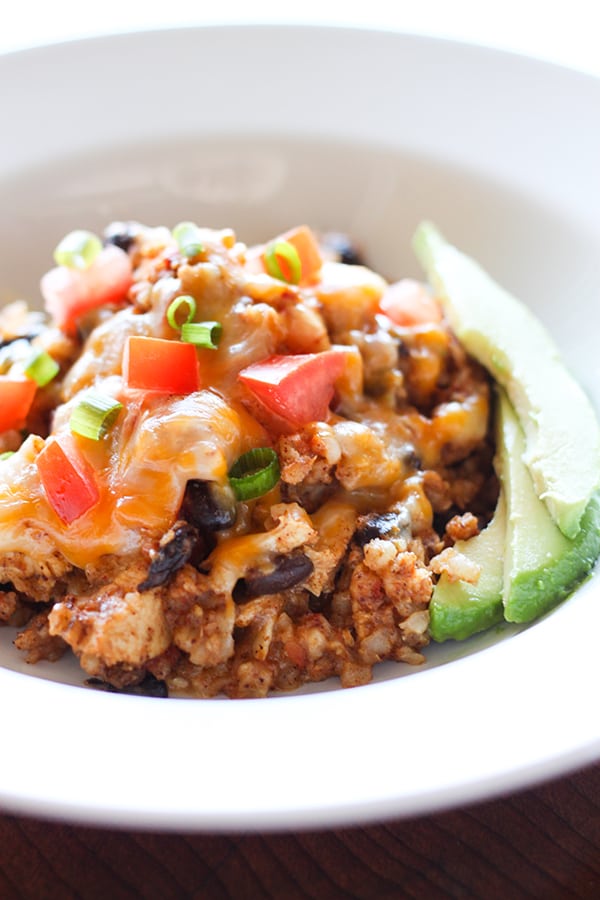 Serve with choice of burrito bowl toppings. I like fresh tomatoes, green onions, sour cream and avocados. This also makes a delicious filling for burritos and freezes well. I’m going to double my next batch and use the extra to make freezer burritos! 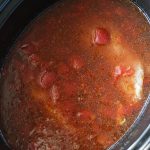 I’d love for you to keep up on my new projects and recipes. You can follow me on Facebook and Twitter. You can also find me on Pinterest, that’s my favorite place to hang out and I’d love to see you there. 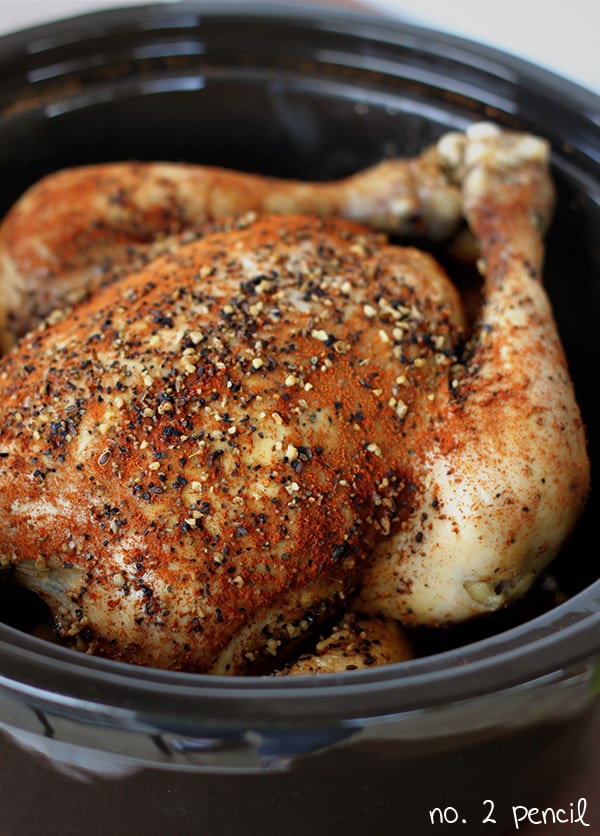 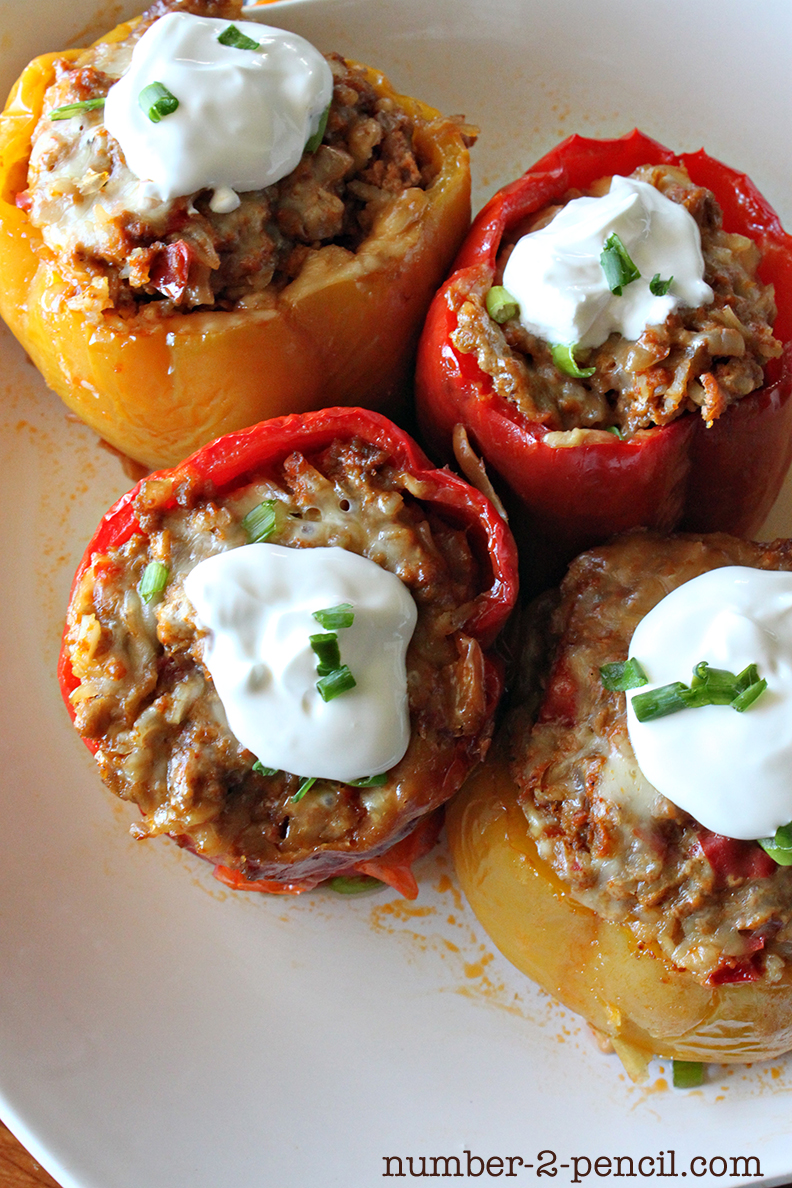 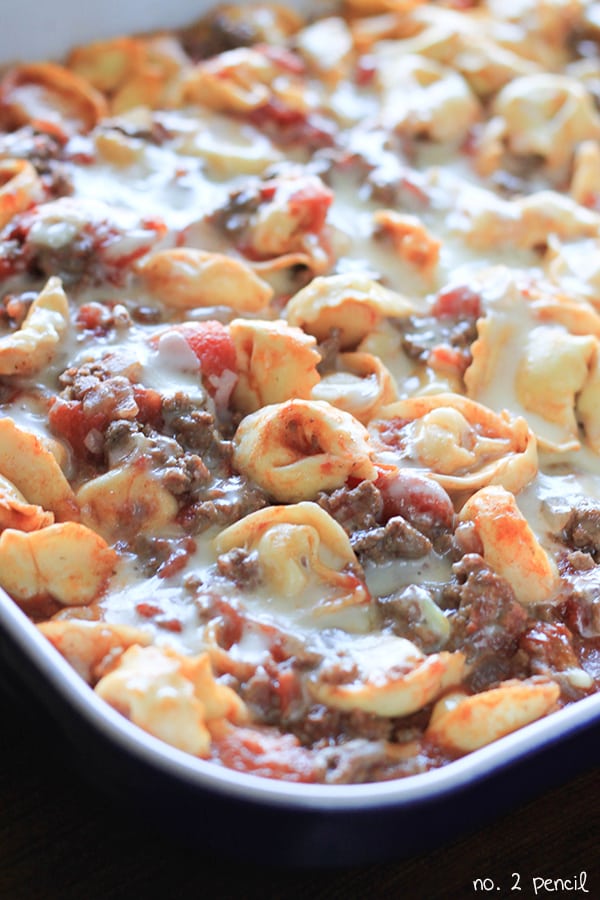