Slow Cooker BBQ Baby Back Ribs – the easiest way to make tender, fall-off the bone ribs. If you have never made ribs because they seem too complicated or time consuming, this is the perfect recipe. 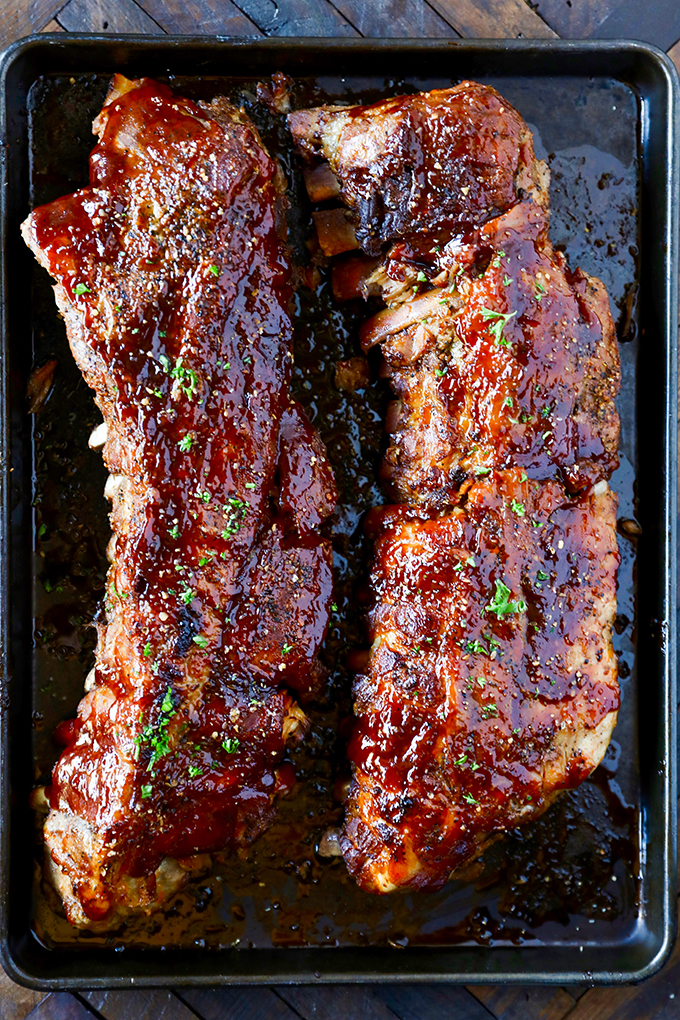 Slow Cooker Baby Back Ribs are so tender, they fall right off the bone. The slow cooker can be the first or only step for cooking ribs. You can cook them all day in the slow cooker, and finish them off under the broiler or on the grill. You can also serve them right from the slow cooker. 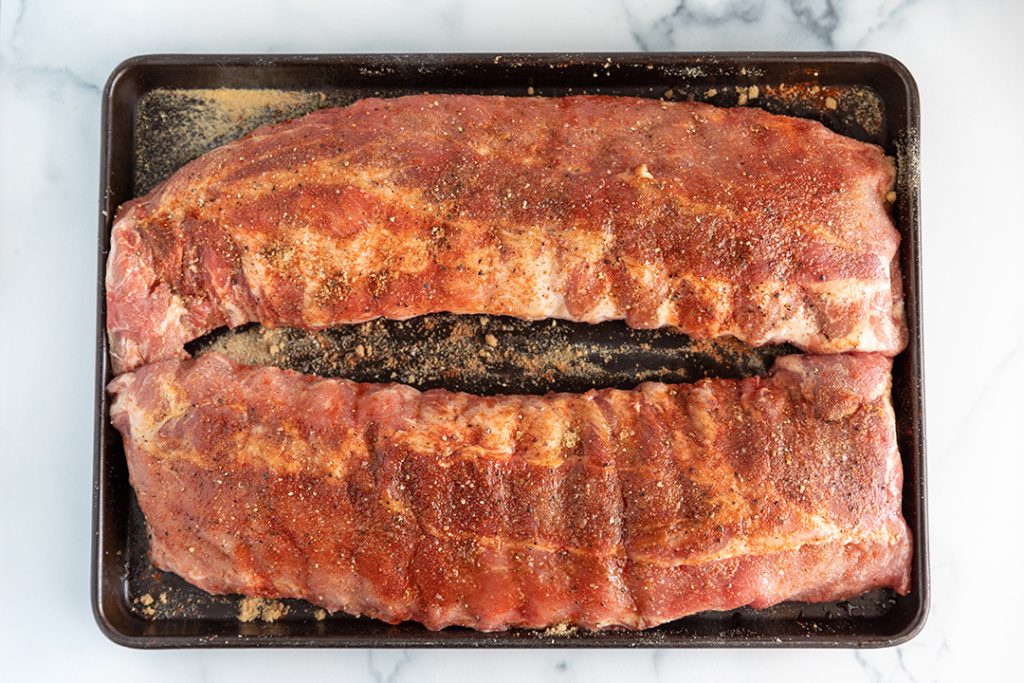 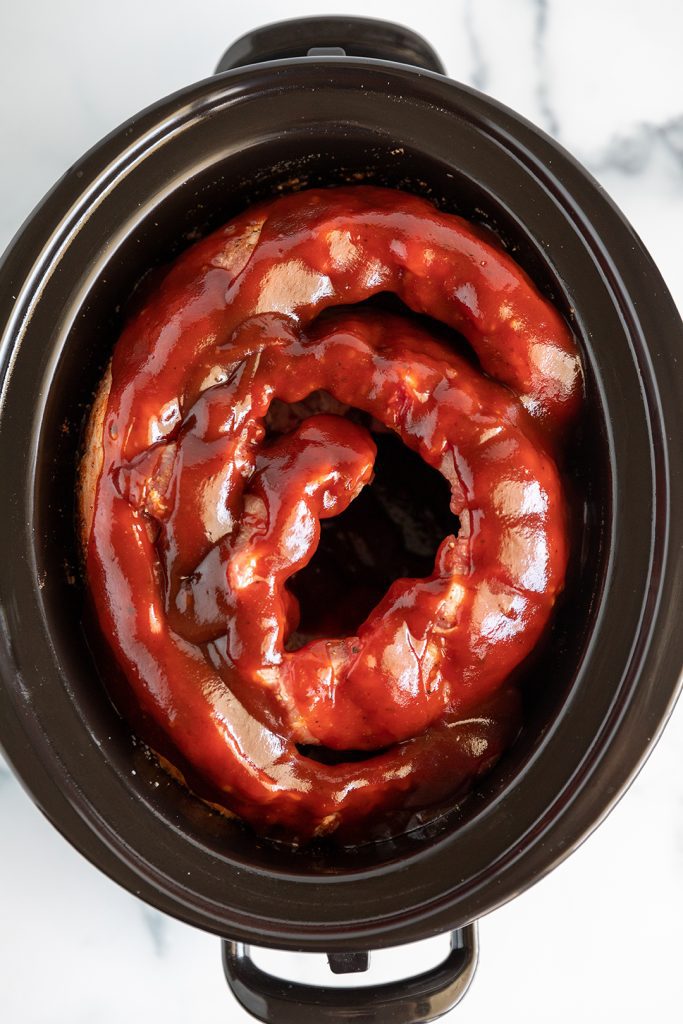 Make sure to scroll to recipe card for complete directions. 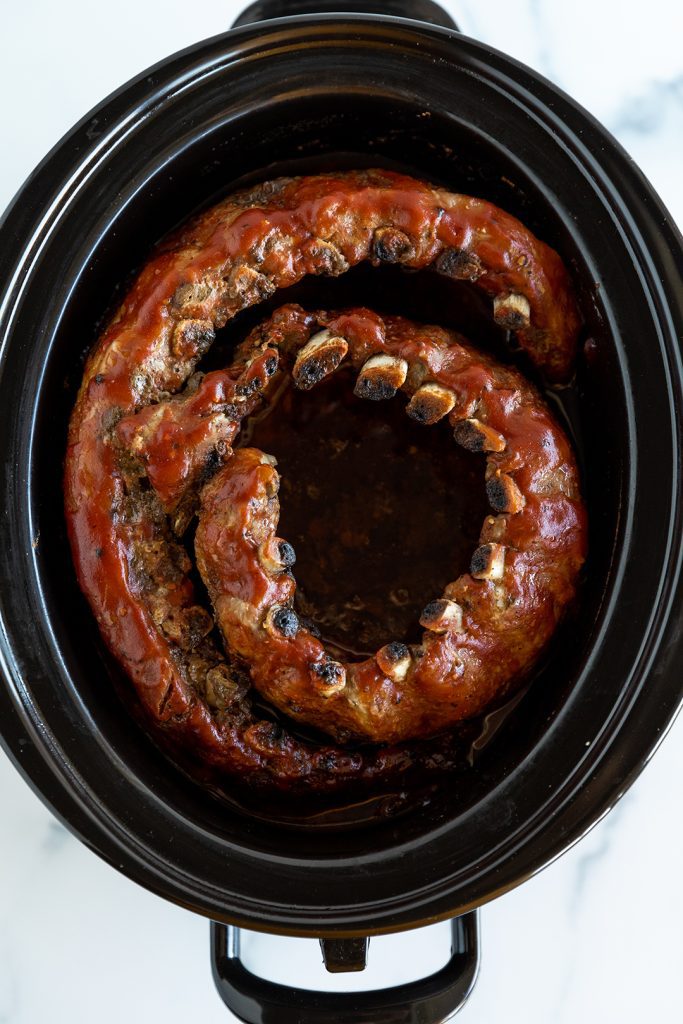 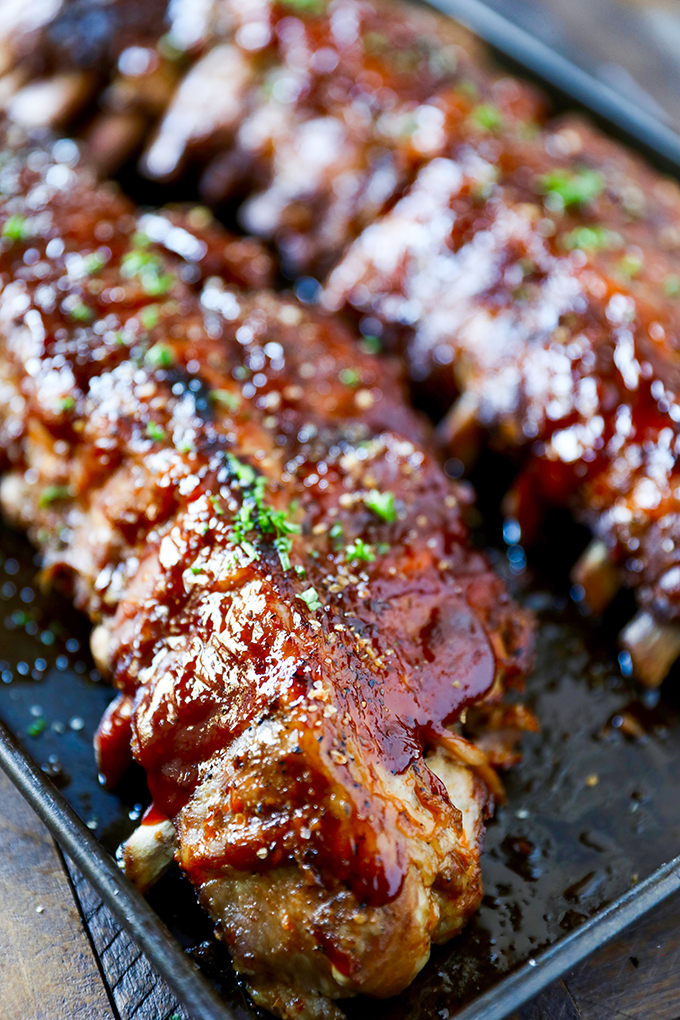 How to Remove the Membrane from Baby Back Ribs

The first thing to know is that some racks already come with the membrane removed. You’ll know if the membrane is still attached if you can see a silvery layer across the back side of the rack of ribs. This is the easiest technique for me: Use a paring knife in the middle of the rack to lift the membrane up and separate it from the rack. Then use a paper towel to grab the membrane and gently, using consistent pressure, pull it off in one piece. Some people recommend grabbing the membrane from the sides, but I feel like there isn’t enough tension to get a good grip. 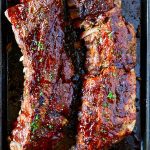 What to Serve with Ribs