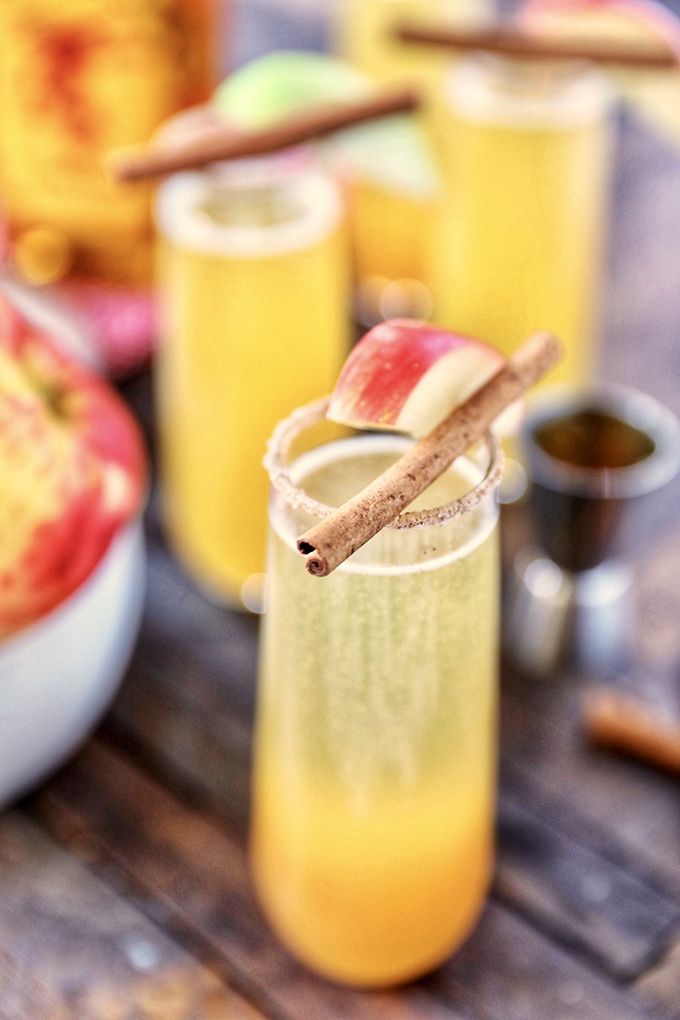 These Apple Cider Mimosas are so fun and festive, and are a spicy holiday twist on traditional mimosas. I’m usually cooking early in the morning on Thanksgiving day, and I love the idea of having one of these to celebrate. They are also perfect for a early Thanksgiving dinner. Sure, you can definitely just combine apple cider and Champagne, but why not kick it up a notch with a shot of cinnamon whiskey? Even though this mimosa is served chilled, the cinnamon whiskey will warm you up from the inside out! 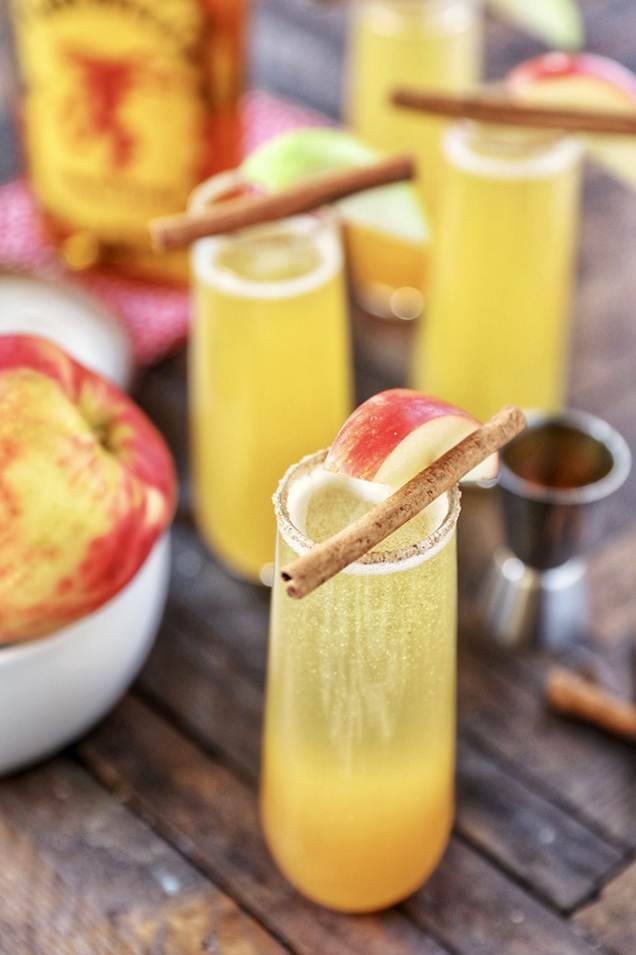 How to Make Apple Cider Mimosas 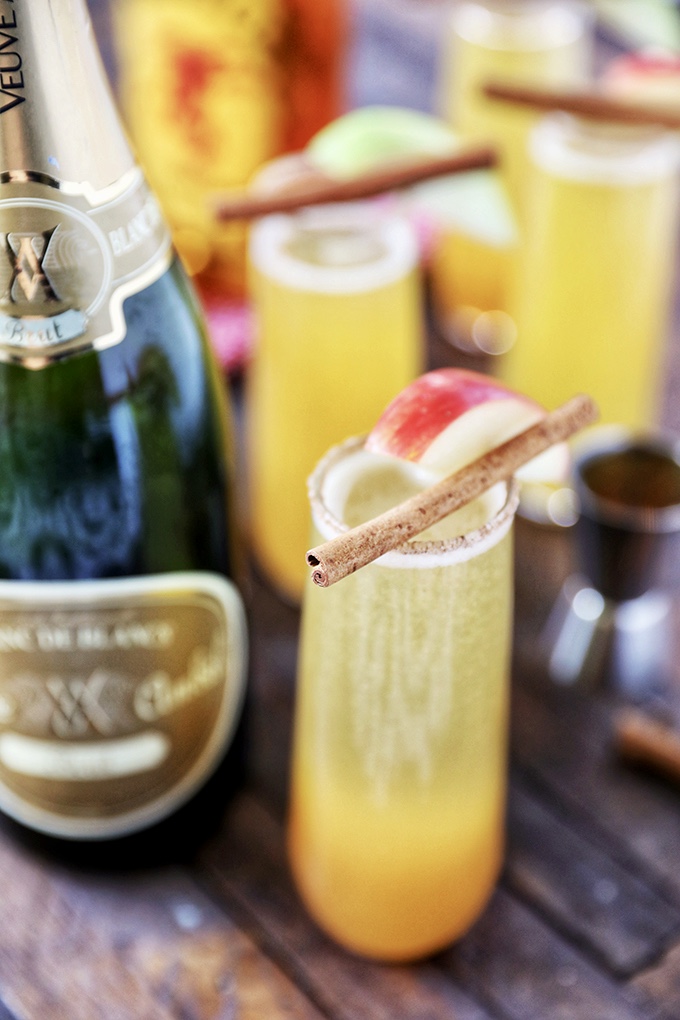 Depending on the type of apple cider you use, the sweetness will vary, so I do recommend a test run. All-natural apple ciders can be more tart than sweet, but that is easily adjusted if a sweeter cocktail is preferred. You can add simple syrup, sugar or even honey depending on your preference. 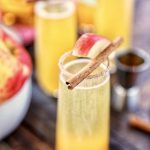 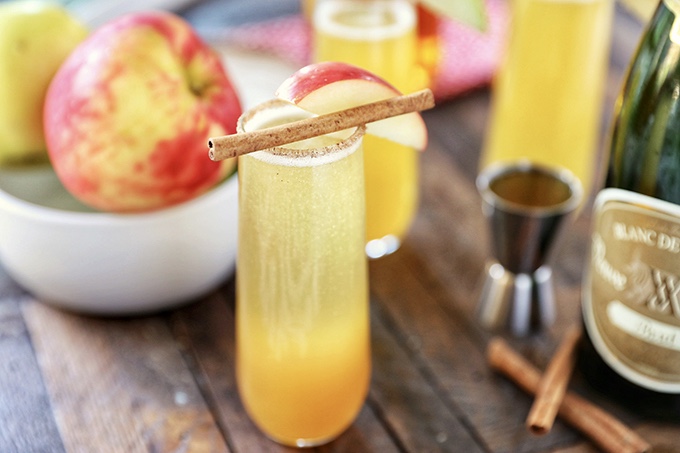