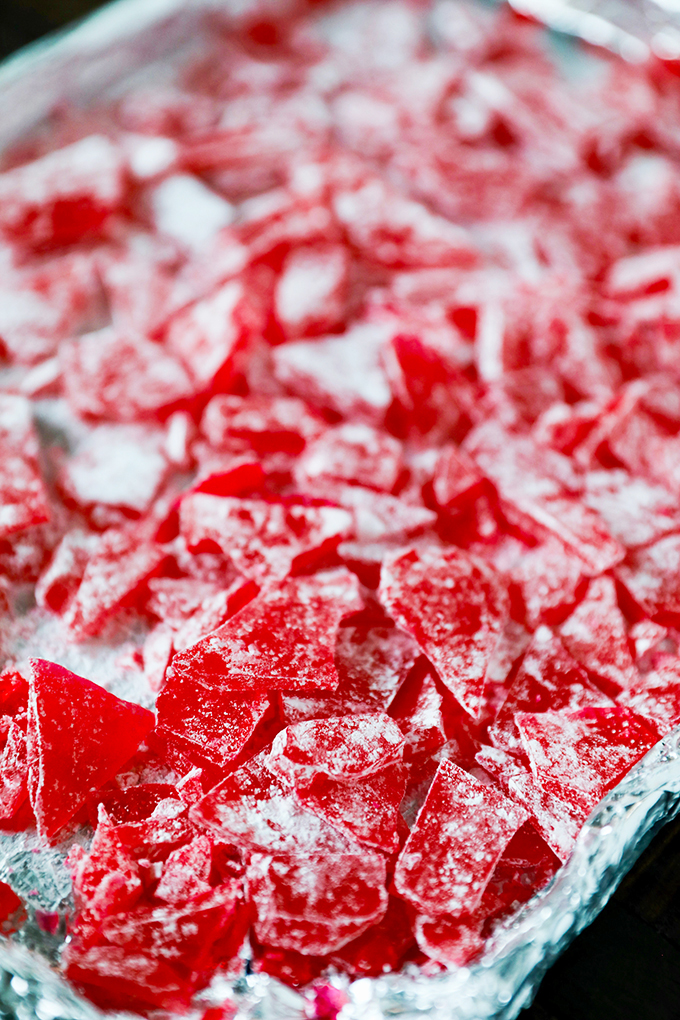 Hard candy is just a simple mix of sugar, light corn syrup and water, boiled until it reaches the hard crack stage. If you have a Candy Thermometer, its a very simple and quick process. You could really add any flavored oil and food coloring. I chose to make Cinnamon candy because, like some of my other candy recipes, it’s what my Grandma Wanda used to make at Christmas time. 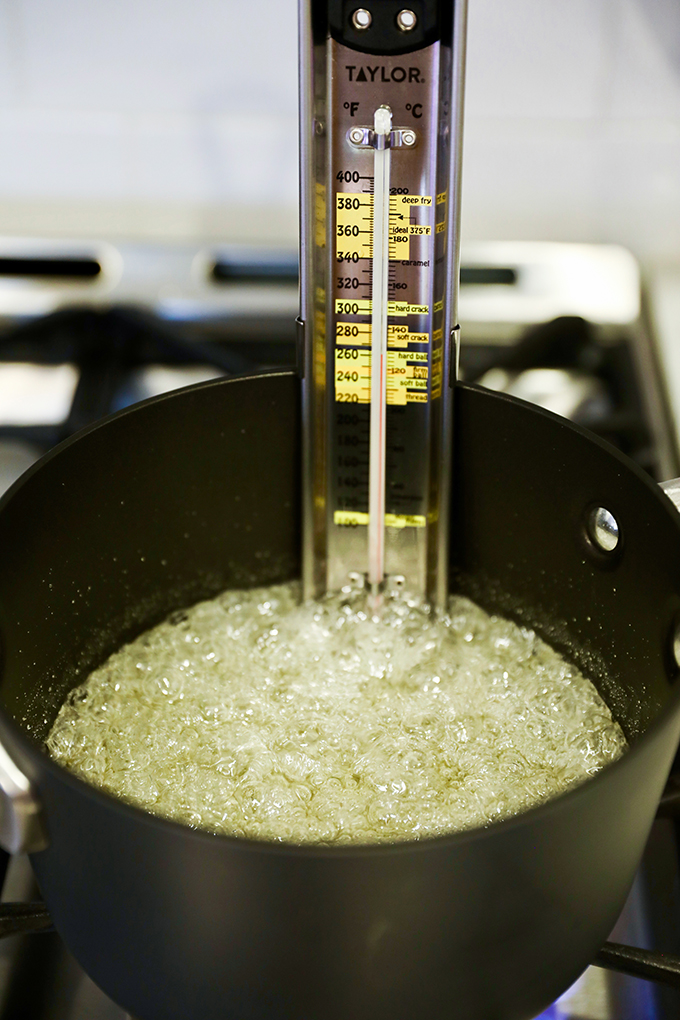 Making candy sounds intimidating, but really, if you follow the steps and reach the right temperature on the candy thermometer, it’s a snap. The sugar, corn syrup and water mixture needs to come to a boil and reach 300 degrees F. 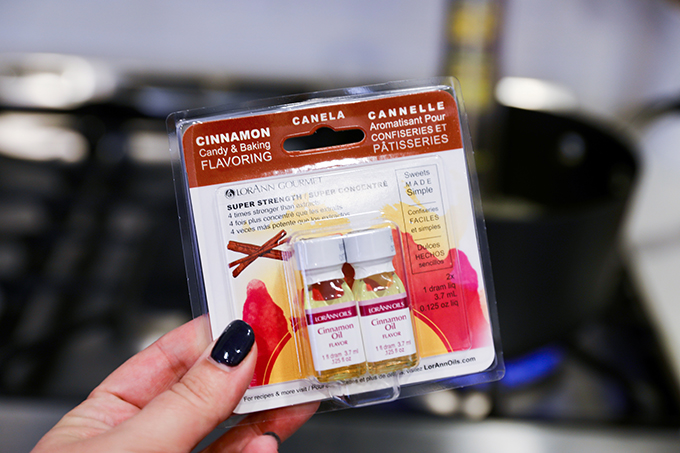 The secret to this cinnamon candy is the cinnamon oil. I picked this up at Michael’s. It’s much, much stronger than extract and the recipe only calls for a teaspoon, which is one of these little bottles. You can add another 1/2 teaspoon, but that makes it extra spicy and I think it would be too spicy for some, especially children. 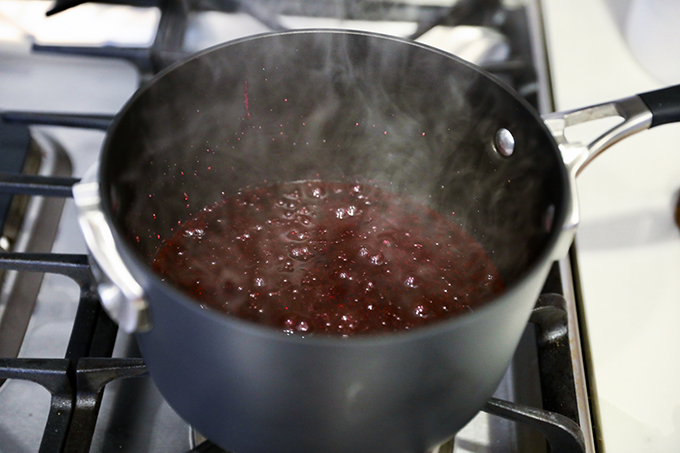 Add the cinnamon oil and the red food coloring to the pan and give a final stir. Keep your face well away from the steam once you have added the oil and handle it carefully. I might even recommend plastic gloves. I accidentally touched my face when I had some of the oil on my finger and it immediately started burning, and when I tried to wash it off, I spread it all over my face instead. I spent half the day with a bright red burning face.? ? ?Some people are more sensitive to cinnamon and this oil is extremely concentrated. Take care not to get it on your skin, and don’t touch your eyes when handling it. 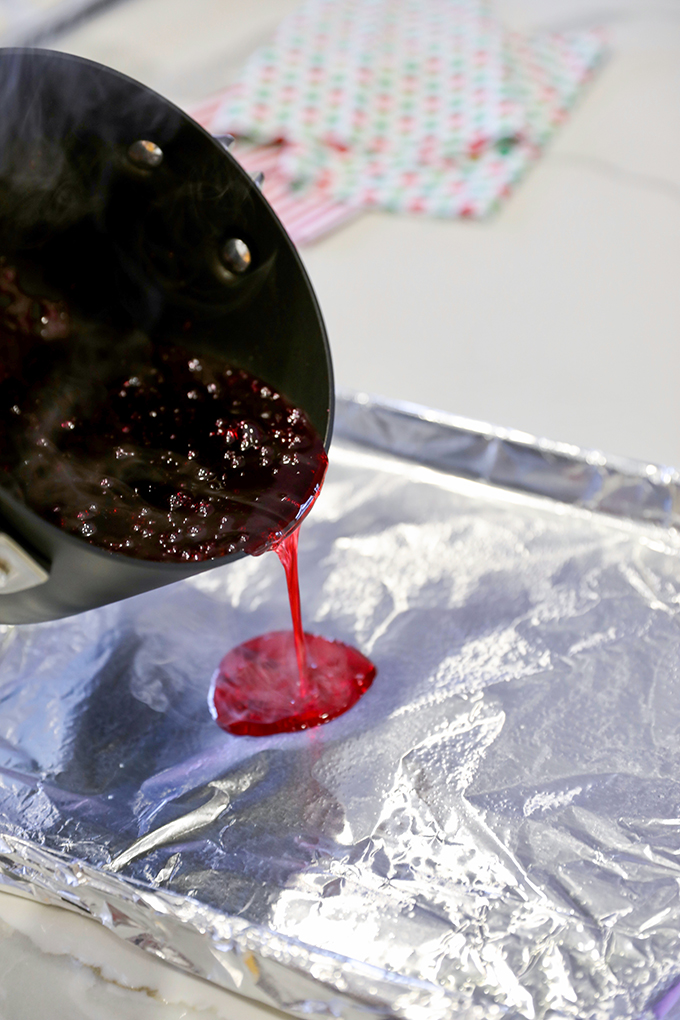 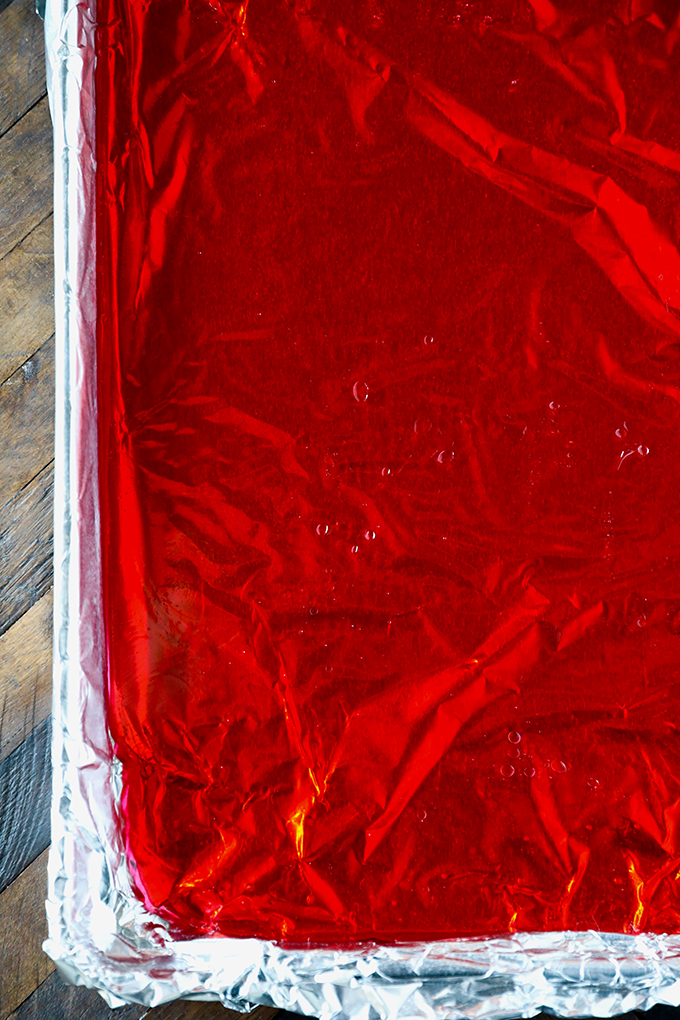 Let the hard candy cool completely. This will take about 45 minutes to an hour depending on the heat of your kitchen. 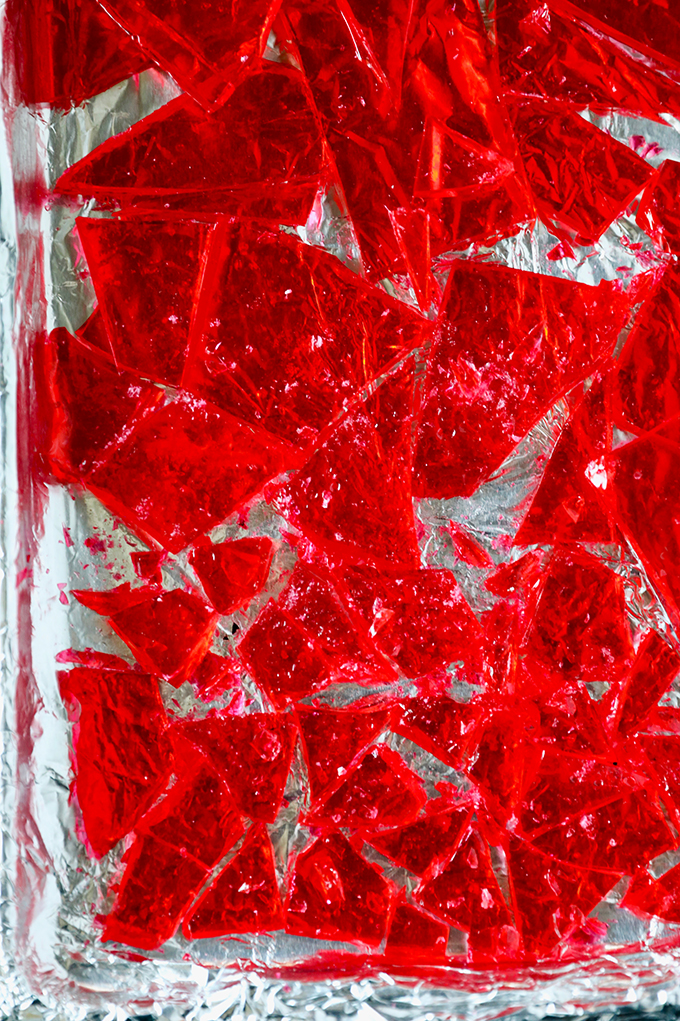 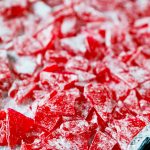 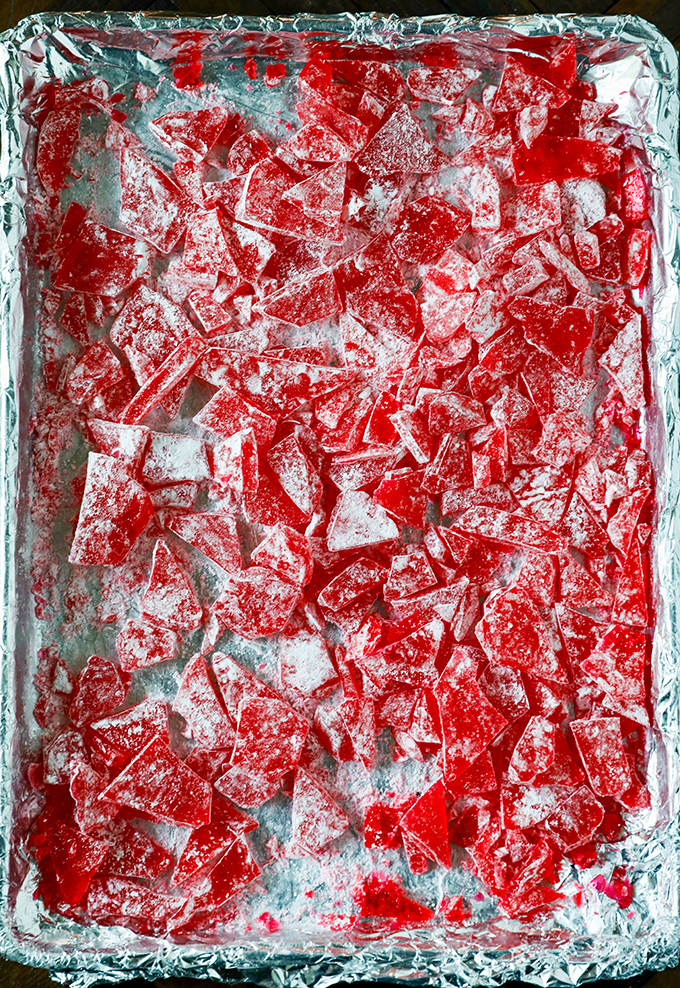