I’m pretty sure I could incorporate pumpkin into every one of my breakfast recipes from now until spring and be happy.  These pumpkin waffles are perfect for fall, and my whole family went crazy over them. They are crispy on the outside, and tender and fluffy on the inside. 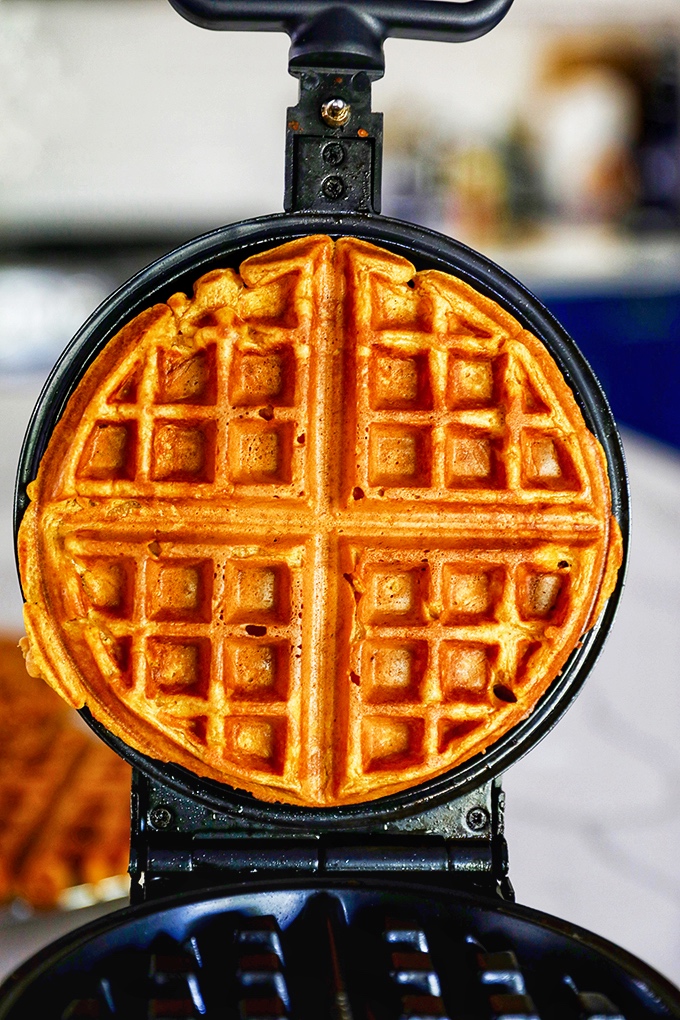 How to Make Pumpkin Waffles

How to Reheat Waffles

To keep the waffles crisp, place them on a cooling rack so air can circulate around them. Once you toss them on a plate, the steam build up will quickly lead to soggy waffles. If you are making waffles for a crowd, reheat waffles directly on oven rack at 350 degrees for 3-4 minutes. This brings the crispy back beautifully! 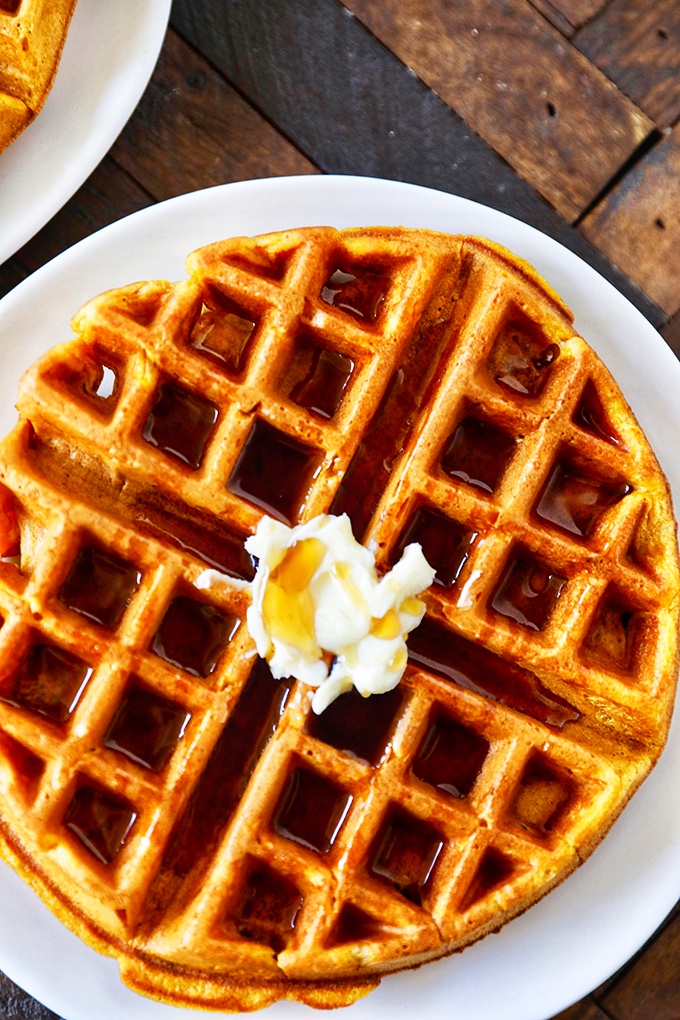