Crockpot Ham – a traditional flavor packed bone-in ham made in the slow cooker and finished with a maple brown sugar glaze. The best way to make a holiday ham! 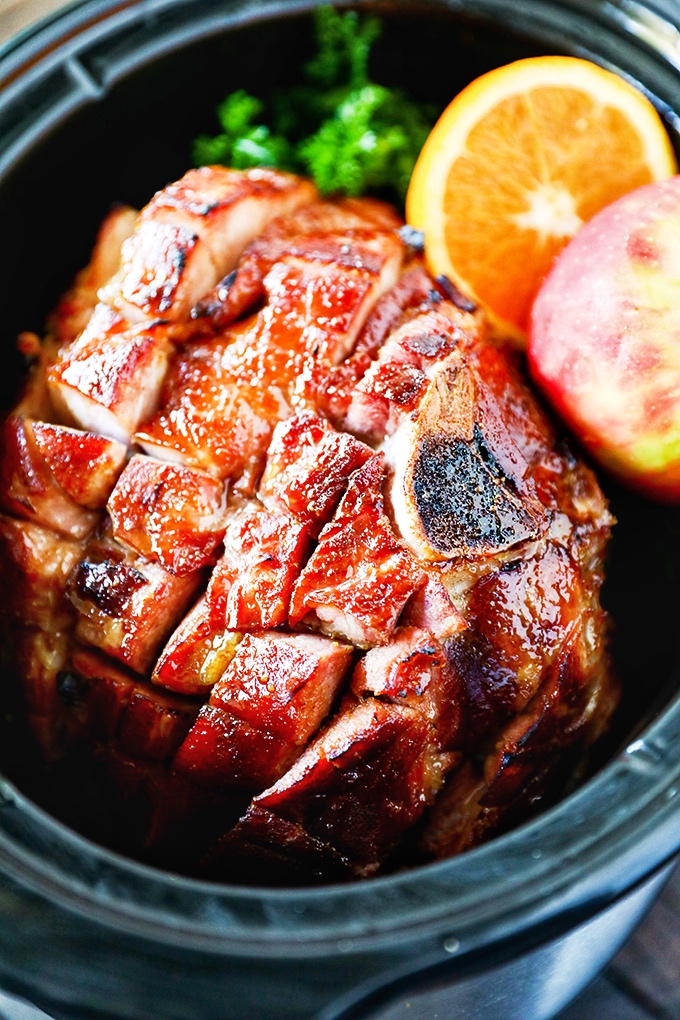 I used the slow cooker to gently heat the ham without drying it out, then made an easy homemade maple brown sugar glaze. Just a few minutes under the broiler caramelizes the glaze and gives it a delicious crunch. This slow cooker ham is gorgeous, and would be beautiful on any holiday table. The best part is, this slow cooker ham recipe is easy and economical. Perfect for feeding a crowd! 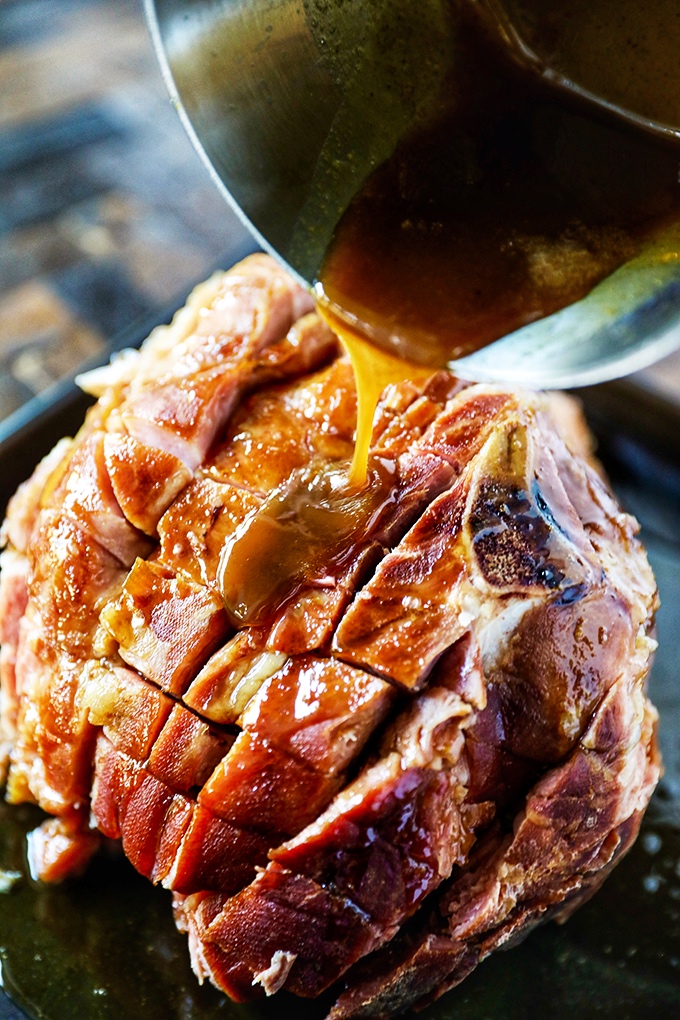 What kind of Ham should I use in the Crockpot?

Start with a 7 1/2 pound bone-in butt portion ham. My super market also offers shank portions, but my butcher recommended the butt portion and said it is the better quality cut. For this recipe, stick with the unsliced bone-in ham. Spiral sliced hams can dry out in the slow cooker and under the broiler. Keep in mind that hams are precooked, the trick is adding flavor and reheating them without drying them out which is why a Crockpot is perfect! 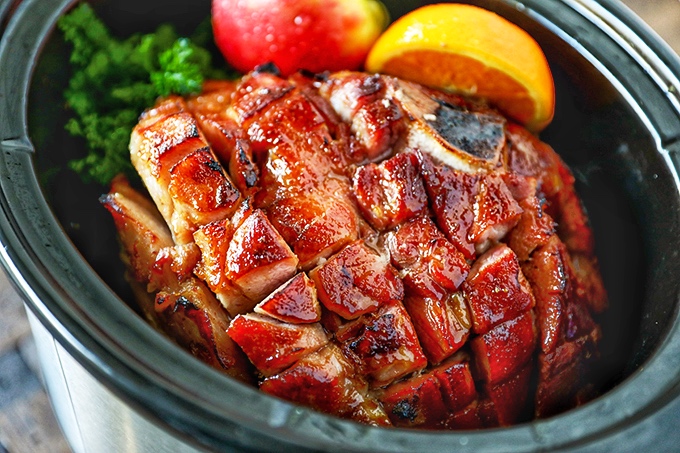 How to Make Ham in a Slow Cooker 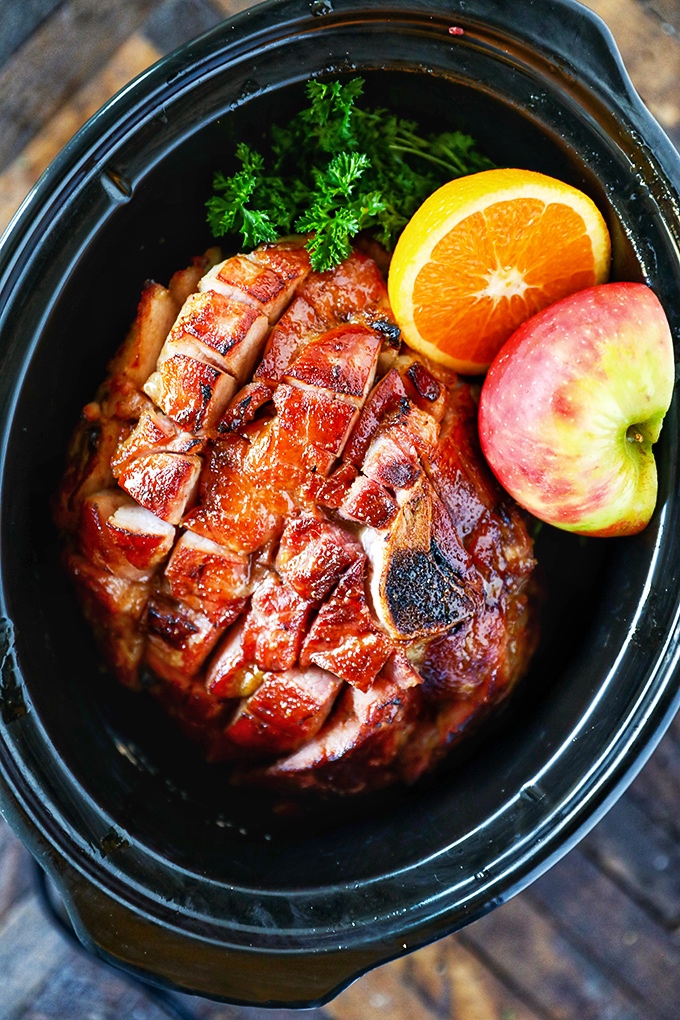 What To Serve with Crockpot Ham 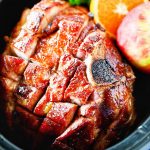 Crockpot Ham - a traditional flavor packed bone-in ham made in the slow cooker and finished with a maple brown sugar glaze. The best way to make a holiday ham!

If glaze cools too long and is overly thick, just reheat to make pourable.