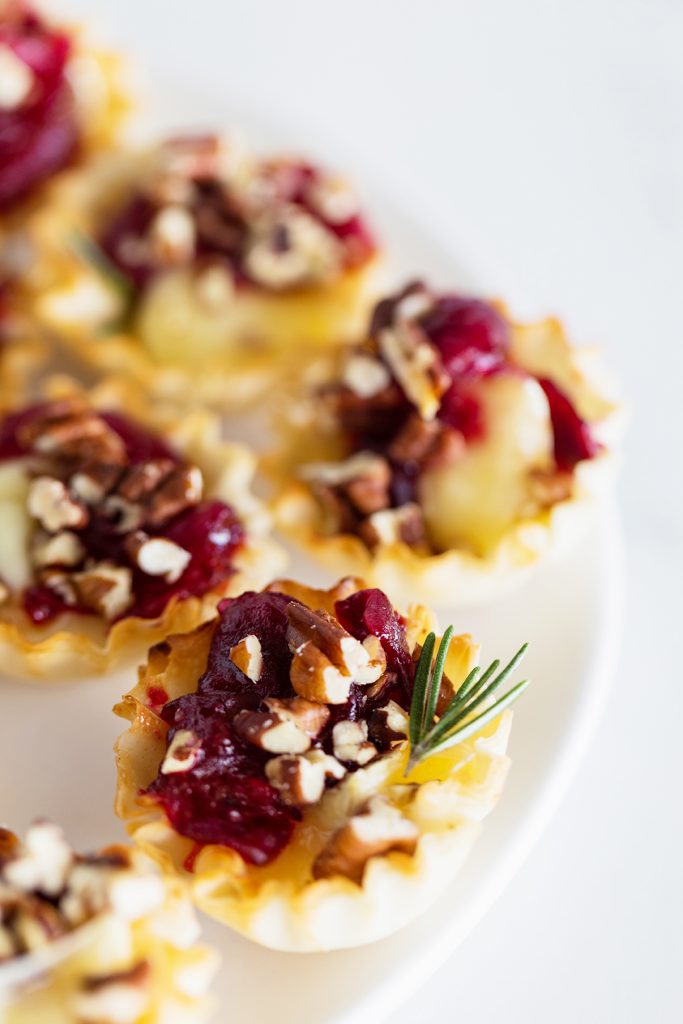 Chunks of gooey melting brie with tart cranberry sauce and toasted pecans in a crispy phyllo shell. If you need a quick and easy festive appetizer for the holidays, this is absolutely perfect. They only take a  few minutes to assemble and heat in the oven or even a toaster oven. The store bought phyllo shells are already fully cooked and just get a little crispy in the oven while the brie is melting.  I recommend using my Fresh Cranberry Orange Sauce for the recipe, but canned whole berry cranberry sauce would be a great option too. 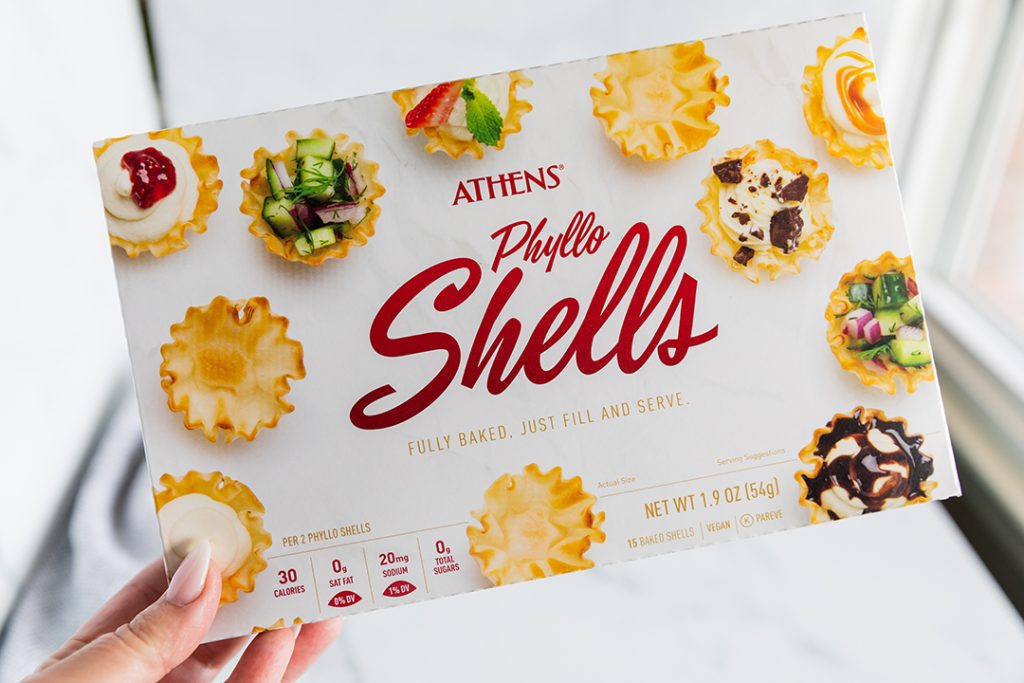 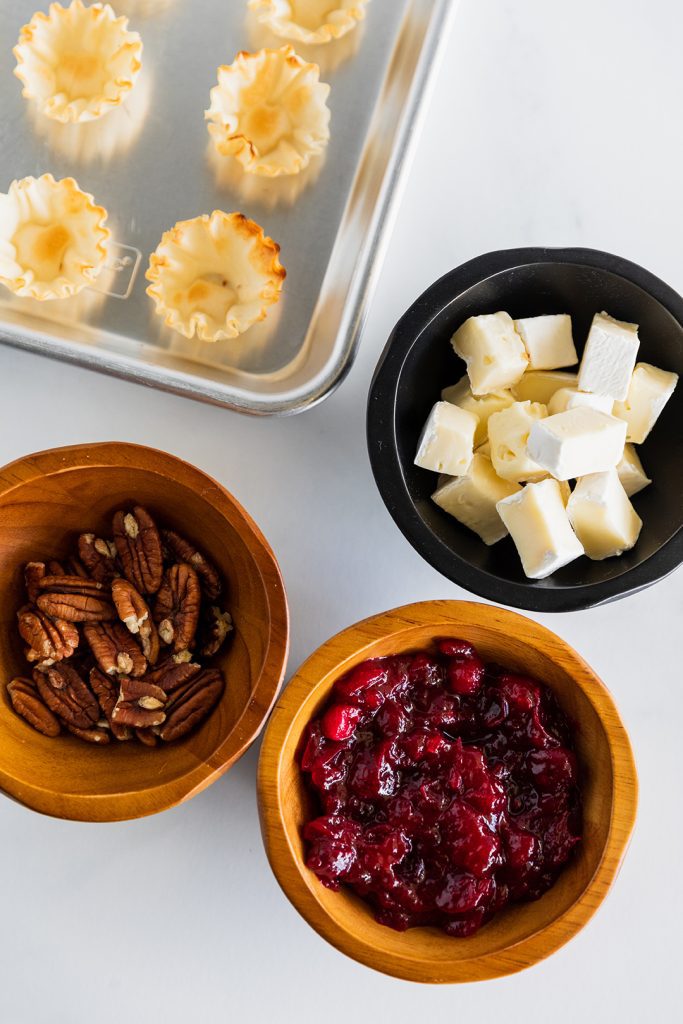 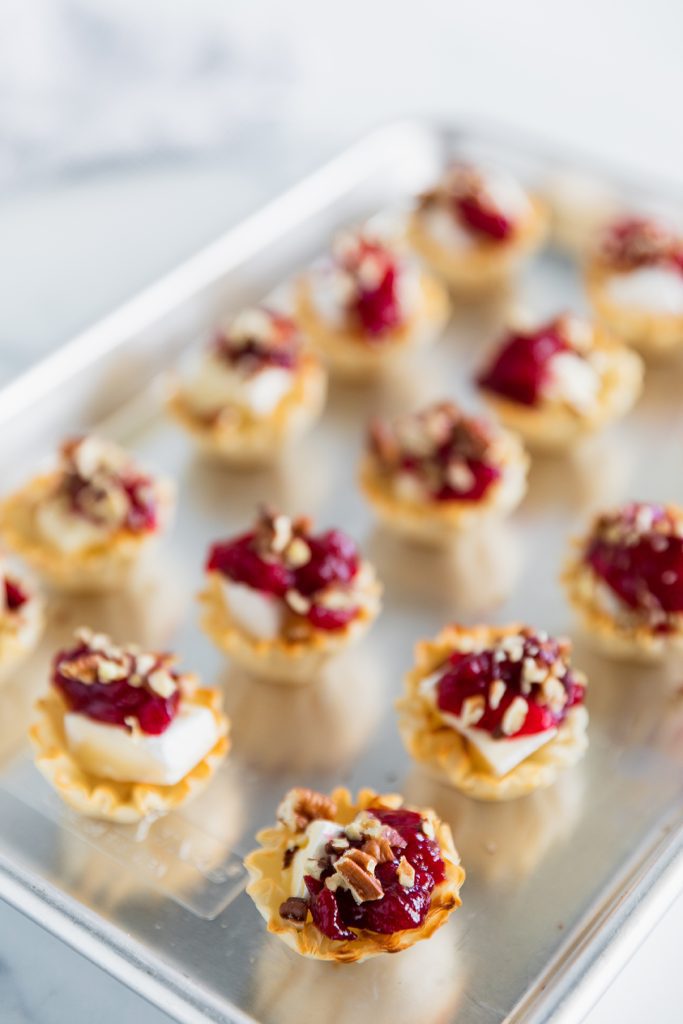 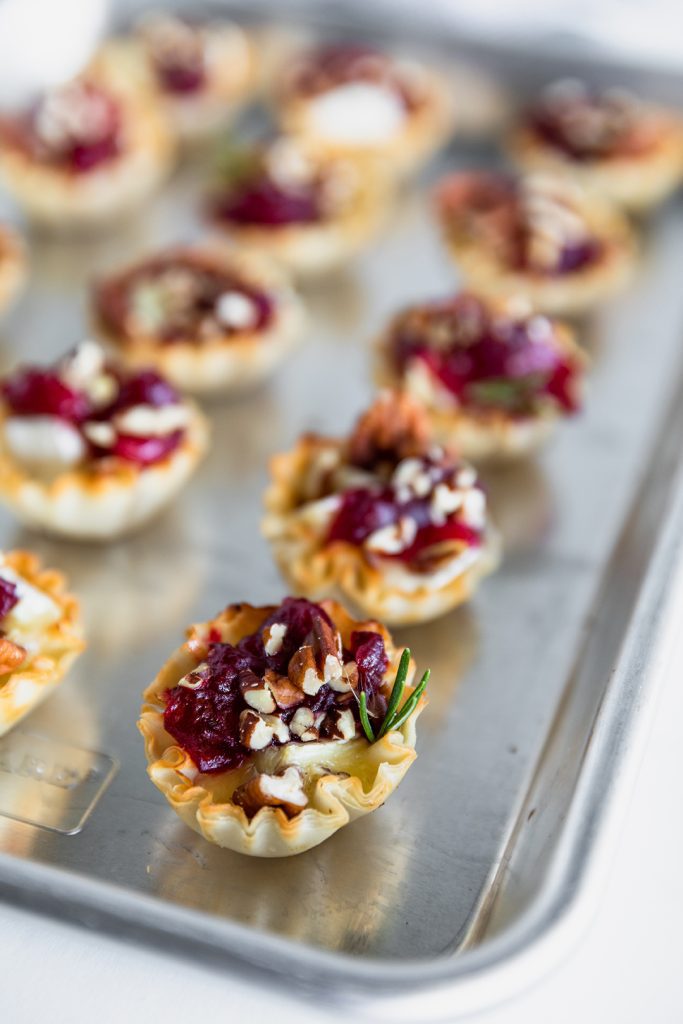 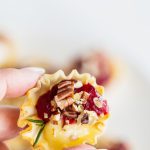 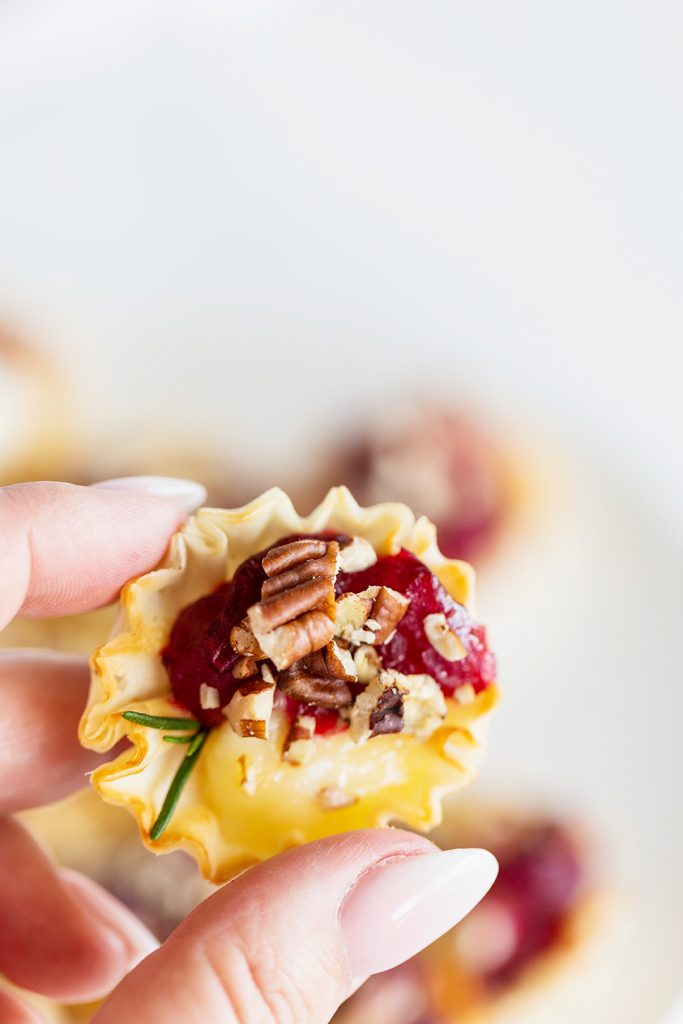