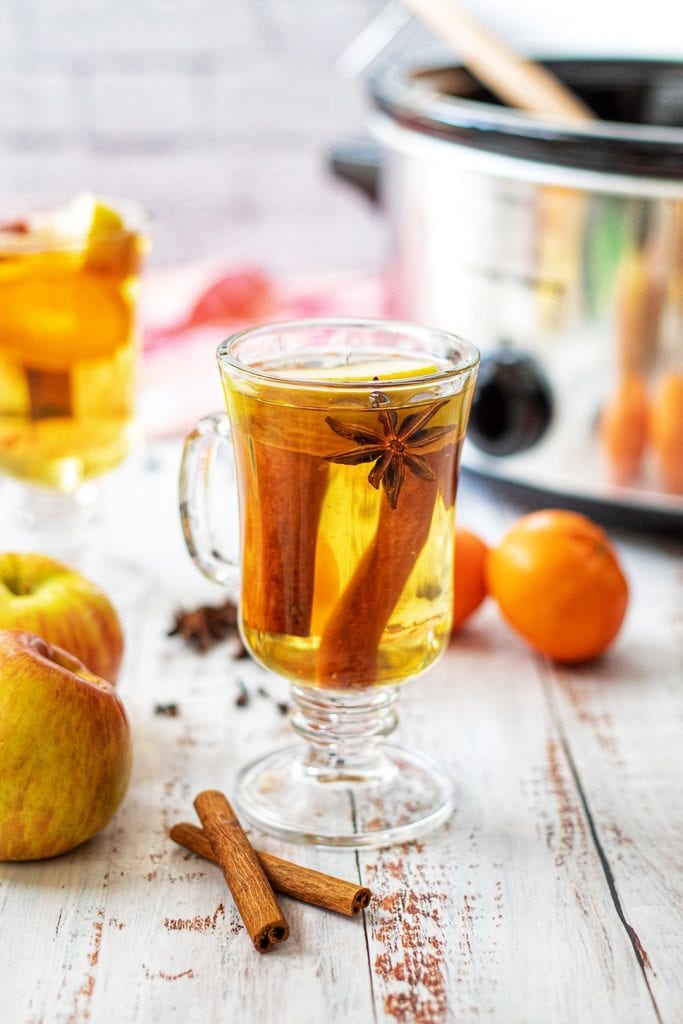 There is nothing better than the smell of apple cider simmering away in the slow cooker. Add a shot of rum or bourbon to make it spiked apple cider and you have the cozy apple cider cocktail that is perfect through fall and winter. I love making and serving it in the slow cooker because it’s a hand off approach and easily stays warm for serving. 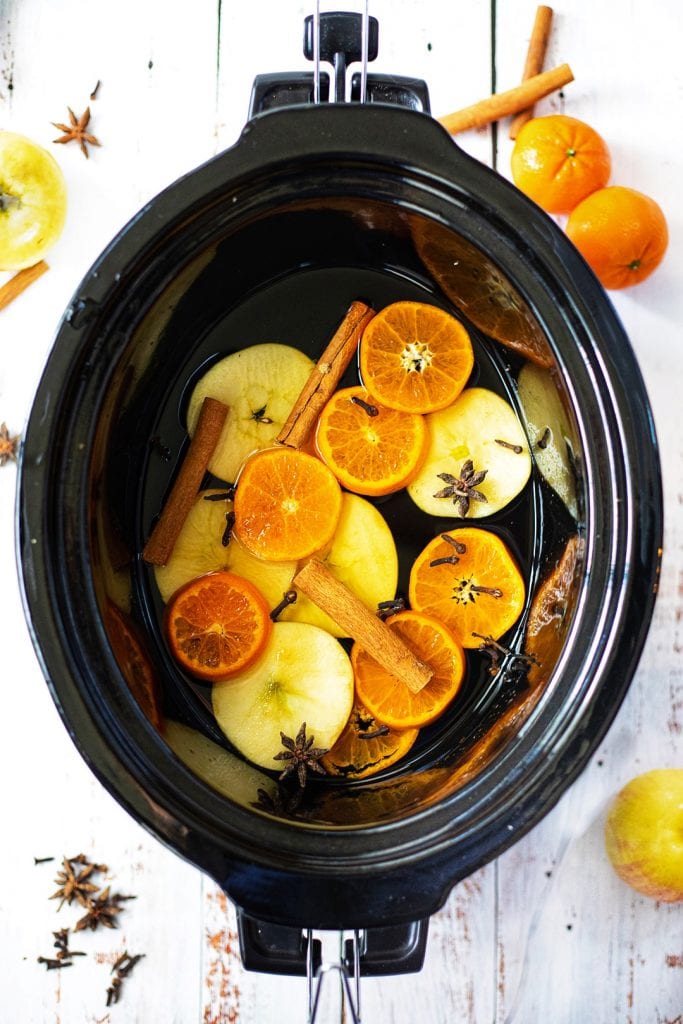 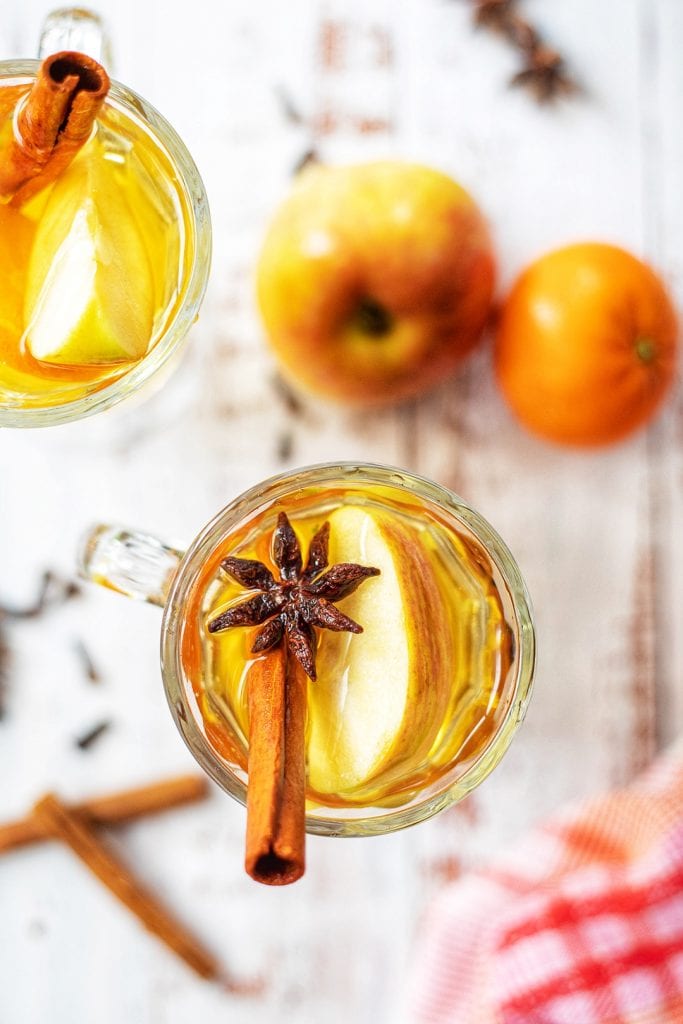 If you make this recipe, I’d love for you to tag me on Instagram at @no2pencilblog 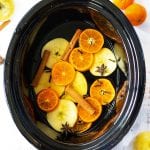 Apple Cider simmered in the slow cooker with fresh oranges, apples, cinnamon, cloves and spiked with bourbon or rum. 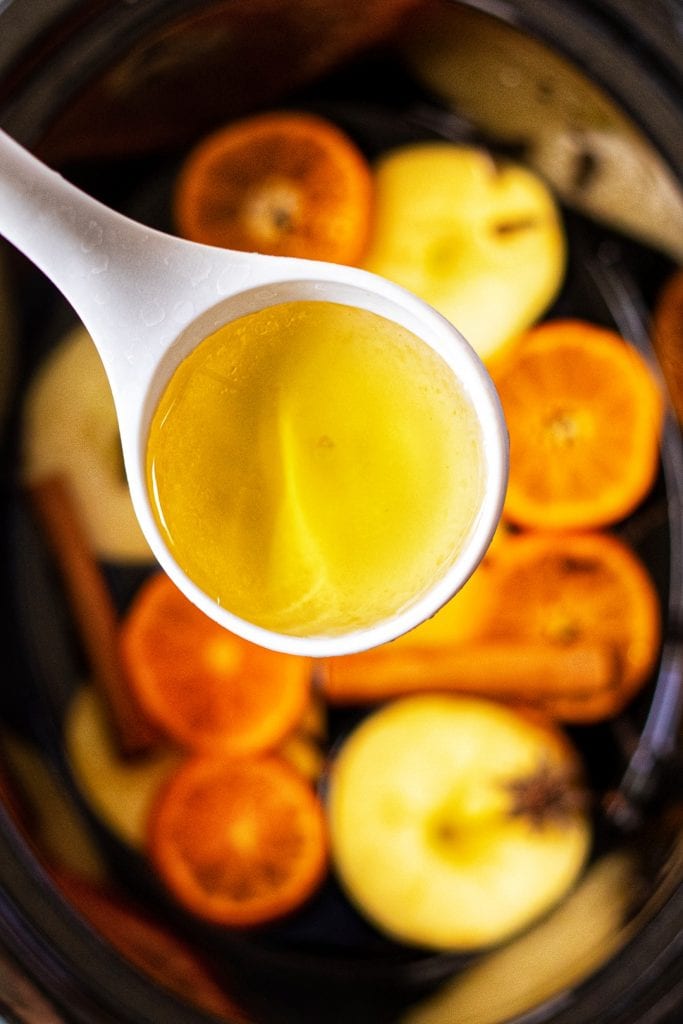