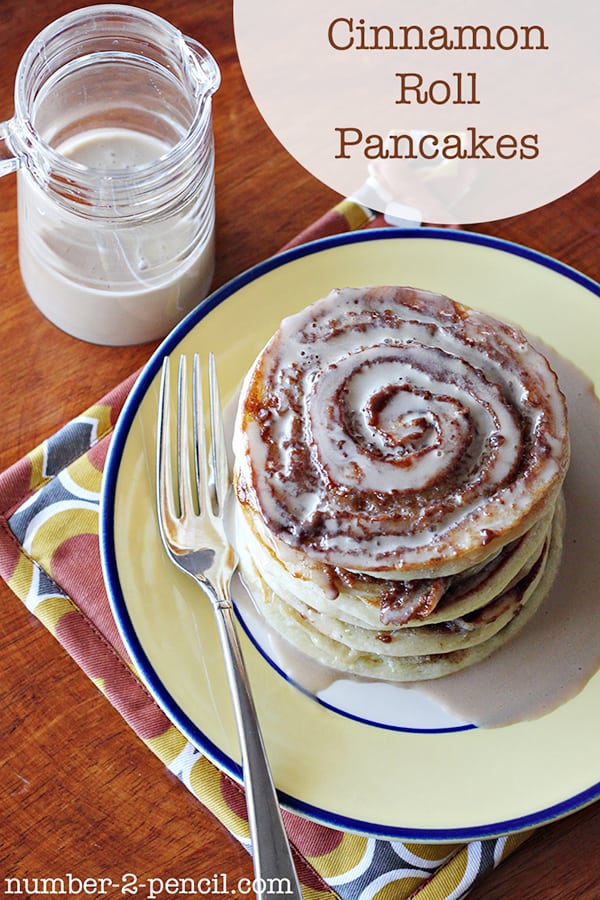 I’m so excited to share this super decadent and delicious recipe for Sour Cream Cinnamon Roll Pancakes, with a Maple Coffee Glaze. I’m a big fan of fun pancakes, and just like my Pancake Pops and my Pig in a Pancake Pops, this is a very fun recipe. In fact, breakfast just might be my favorite meal to make!

Sour Cream Cinnamon Roll Pancakes are a tender fluffy pancake, swirled with buttery cinnamon and sugar, finished with a maple coffee glaze that is to die for.

Let’s start by making the cinnamon filling, this way it has a chance to cool before going into the pancakes. Melt 4 tablespoons of butter in the microwave and add to mixing bowl. Then add 1/4 cup of dark brown sugar, 2 tablespoons of white sugar and 1 teaspoon of ground cinnamon and stir together.

Fold a quart size plastic baggie over a small cup, that way you can easily pour the cinnamon sugar mixture into the baggie. Close the baggie well and set aside to cool. 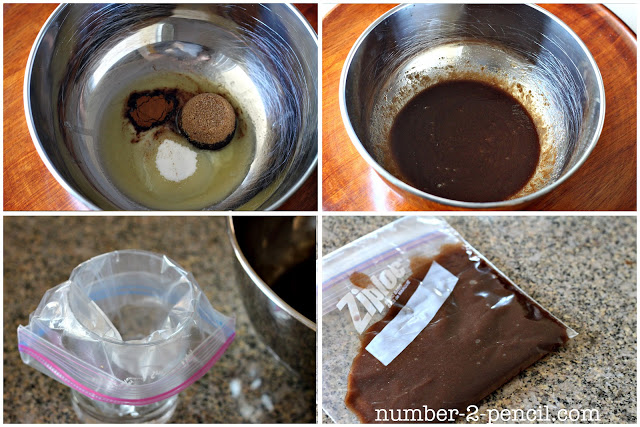 The pancake batter will be nice and thick, this is good. We want the pancakes to be fluffy, and thick = fluffy, at least when it comes to pancakes! Use your 1/4 cup measuring cup, slightly less than full, to add batter to the hot griddle. 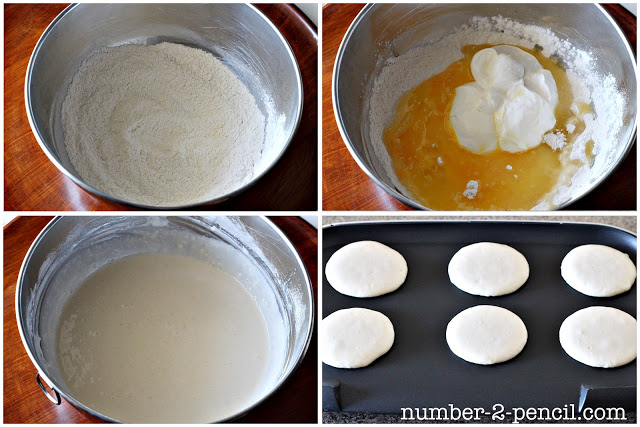 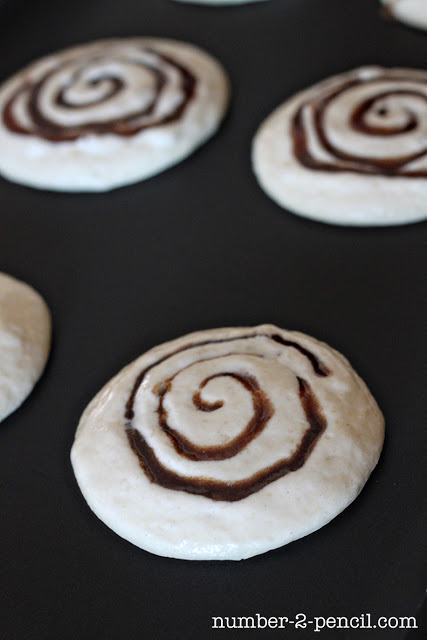 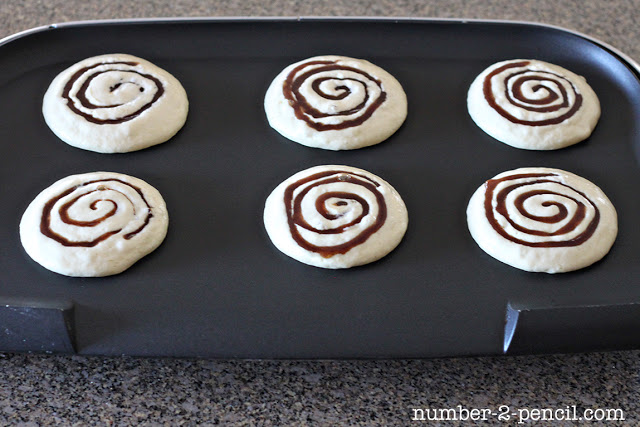 Use a wide spatula and quickly turn the pancakes when the underside is golden brown. Mine took about 7 minutes before they were ready to flip. You will see a bit of the filling coming out around the sides. This is fine! It just means the cinnamon and sugar is getting all yummy and caramelized. 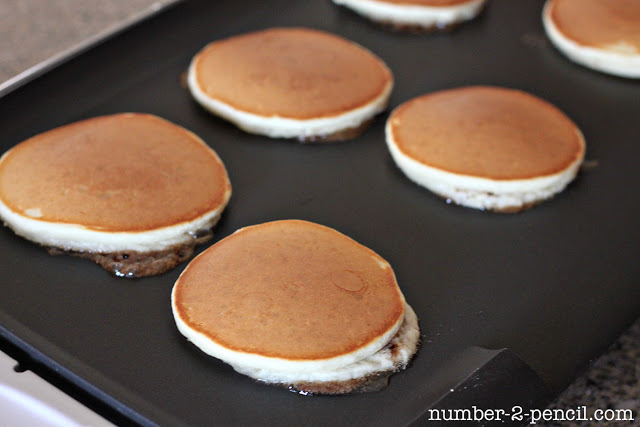 Once the pancakes are cooked, about 7 minutes on the first side, and 5 on the second side, remove them with a large spatula sprayed with non-stick cooking spray. Turn them onto the plate swirl side up. Work quickly when removing the pancakes, once the cinnamon sugar mixture cools on your spatula, the pancakes will start to stick.

Before cooking the next batch of pancakes, wipe all cinnamon sugar filling from the griddle and use a new spatula, or clean all the cinnamon and sugar from your spatula so it won’t stick to the new batch. 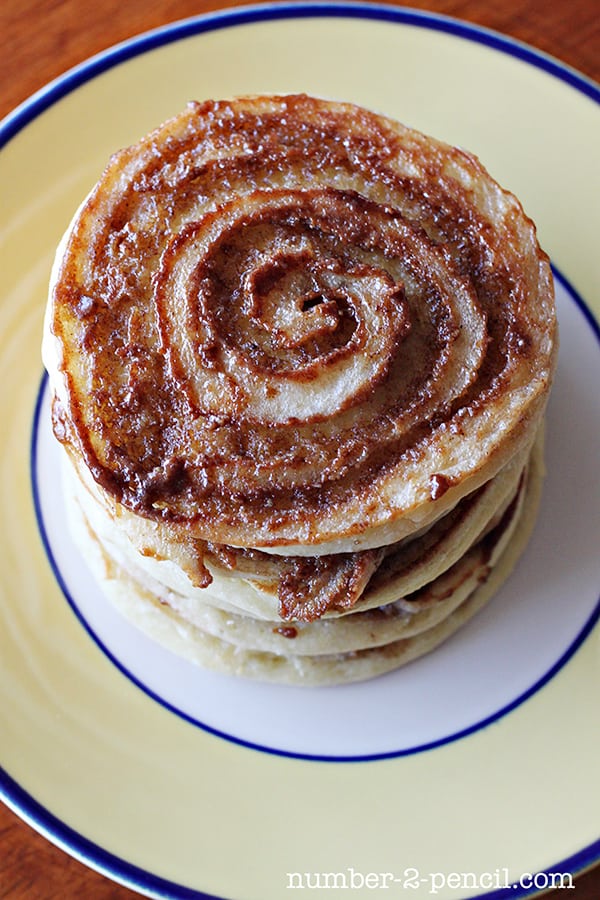 Oh my goodness, swirly cinnamon perfection! You can serve with warm maple syrup, or go over the top with a maple coffee glaze. To make the glaze, combine 1 cup of powdered sugar, 1 teaspoon of maple extract, 2 tablespoons of heavy cream and 1 tablespoon of coffee.  Seriously, this glaze is life changing. 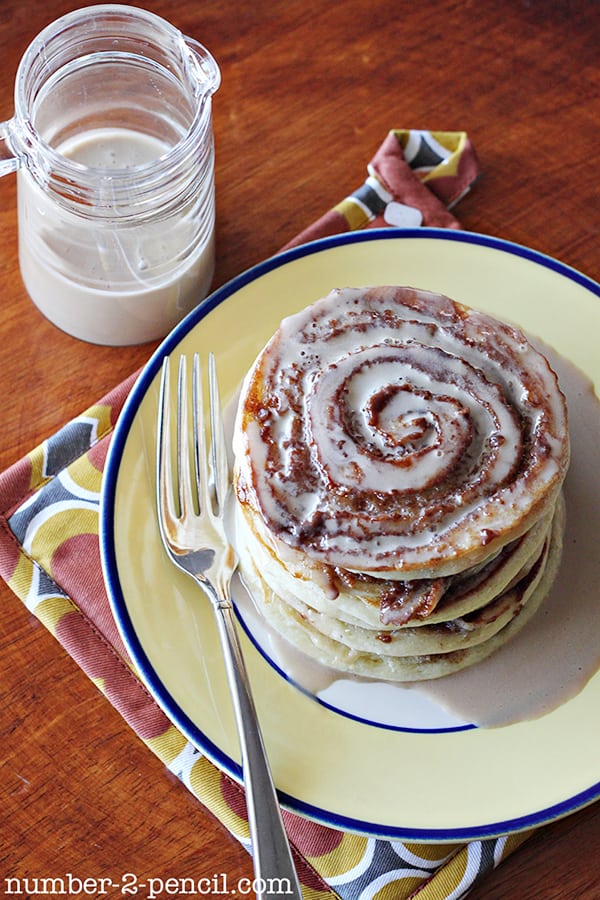 by Melissa at No. 2 Pencil

I’d love for you to keep up on my new projects and recipes. You can follow me on Facebook and Twitter. You can also find me on Pinterest, that’s my favorite place to hang out and I’d love to see you there.

Come join #DairyBreakfastClub recipe party at TidyMom along with The California Milk Advisory Board and RealCaliforniaMilk.com 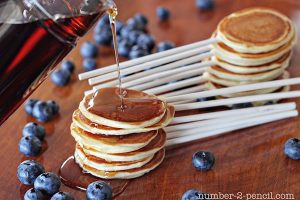 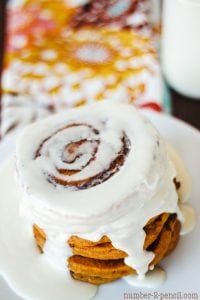 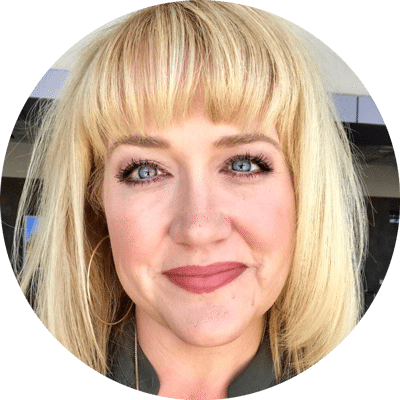